Are we better than evolution? 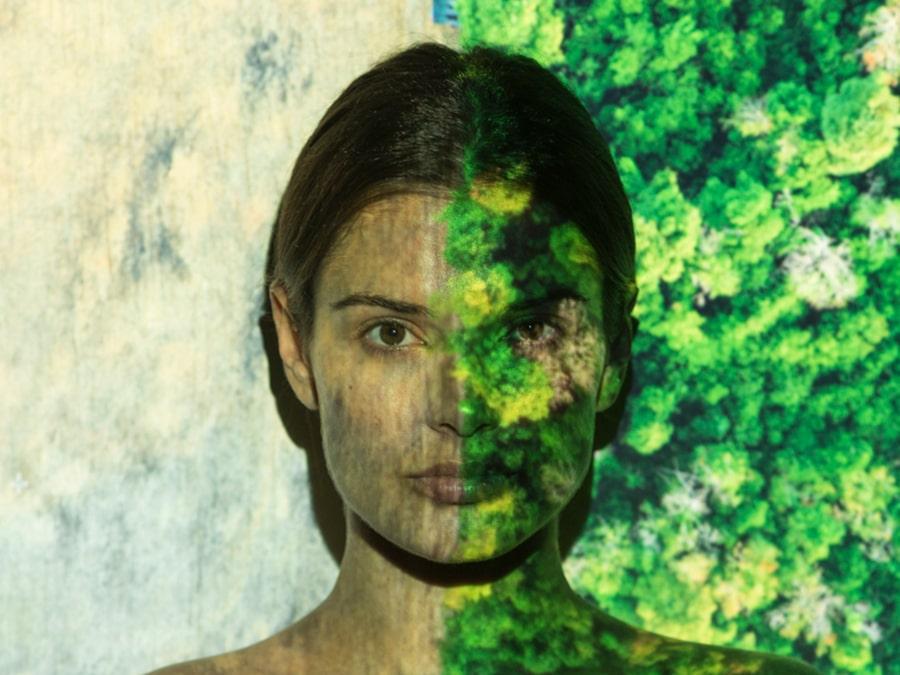 Humanity has learned an enormous amount over the last few hundred years. We discovered microbes and DNA and evolution.  We worked out that we weren’t at the centre of the universe, and this led us to gravity and the big bang.  We learned the power of the atom and the electron is now used to transfer energy and process information in transistors.

There are, however, some reasons for humility. We can’t detect the stuff that makes up 85% of the mass of the universe. We’ve called it ‘dark matter’, but we still can’t find it. We know that genes code for proteins, but genes only make up 2% of our DNA. We’ve called the rest ‘junk DNA’ and it isn’t quite clear what it is doing.

The last 20 years have shown that we miss things that are right under our noses. We discovered that we have thousands of species of microbes in and on us that are critical to our overall health. We couldn’t see this part of ourselves until we were able to look through the lens of genetic sequencing to show the human microbiome. The war on germs suddenly seemed counter-productive because we are a large part ‘germ’.

Your skin microbiome includes hundreds of species of bacteria that are all competing for nutrients, waging war on each other, trying to game your skin’s immune system, and sometimes collaborating to hold niches like sebaceous glands. That’s just the bacteria. There are also fungi, archaea, and an enormous host of viruses. This is a network of interactions that is impossible to map, even for the cutting edge of AI. How do we intervene with some humility when we realise that we’re treating an ecosystem that is intractably complex?

Humans have co-evolved with microbial partners for hundreds of thousands of years and we are now as dependent on them as they are on us. Without your skin microbiome you would be in serious trouble. Barrier function would break down, the pH would drift up, your skin’s immune response would falter, and you would become vulnerable to many pathogens. Most of your skin microbes would also be screwed without humans. They have adapted to the strange conditions on human skin and now they can’t live anywhere else. So, before we intervene in a tightly co-evolved system, perhaps we should ask a key question: are we sure that we can do better than two million years of evolution?

Our guiding philosophy in formulating skincare products is simple. We use advances in technology to mimic the conditions for which we’ve evolved. We compare the modern lifestyle with that of hunter-gatherers and when we find a meaningful difference, we try to resolve it as elegantly as possible. As an example, most modern women wear makeup. Unlike the clays and plant dyes that were used by hunter-gatherers, these colour cosmetics need to be removed with more than just water. From a product development point of view, we now have a clear target: – how can we remove makeup with minimal interference to skin’s natural state? Another example … we now spend most of our lives indoors, distanced from nature by a glass barrier. How can we mimic outdoor life using advances in technology?

We can replace nature’s microbes with probiotics, and we can try to mimic exposure to sunlight as best we can. Not a perfect solution yet, but at least a reasonable attempt to mimic the environment for which we have adapted.

Microbiome skincare products – what to look out for
17 November 2022

All the questions you need answered by Esse!
18 May 2022
Recent Posts
Go to Top
We use cookies on our website to give you the most relevant experience by remembering your preferences and repeat visits. By clicking “Accept All”, you consent to the use of ALL the cookies. However, you may visit "Cookie Settings" to provide a controlled consent.
Cookie SettingsAccept All
Manage consent

This website uses cookies to improve your experience while you navigate through the website. Out of these, the cookies that are categorized as necessary are stored on your browser as they are essential for the working of basic functionalities of the website. We also use third-party cookies that help us analyze and understand how you use this website. These cookies will be stored in your browser only with your consent. You also have the option to opt-out of these cookies. But opting out of some of these cookies may affect your browsing experience.
Necessary Always Enabled
Necessary cookies are absolutely essential for the website to function properly. These cookies ensure basic functionalities and security features of the website, anonymously.
Functional
Functional cookies help to perform certain functionalities like sharing the content of the website on social media platforms, collect feedbacks, and other third-party features.
Performance
Performance cookies are used to understand and analyze the key performance indexes of the website which helps in delivering a better user experience for the visitors.
Analytics
Analytical cookies are used to understand how visitors interact with the website. These cookies help provide information on metrics the number of visitors, bounce rate, traffic source, etc.
Advertisement
Advertisement cookies are used to provide visitors with relevant ads and marketing campaigns. These cookies track visitors across websites and collect information to provide customized ads.
Others
Other uncategorized cookies are those that are being analyzed and have not been classified into a category as yet.
SAVE & ACCEPT